How do you like your innovation? Incremental or disruptive? Evolutionary or revolutionary? Focused on growth or on game change? Since this paper was originally published two years ago BOLTGROUP has continued to help clients select the best strategy and create the right innovation. Sometimes the right answer has been transformation, other times redirection. But every time it required creative thinking, advocacy for the people who’ll use what we design, and diligence to bring the innovation to fruition.

But many mid-sized manufacturers don’t evolve their products in a way that results in meaningful innovation. Rather their innovations default to minor incremental improvements. This type of product development often won’t deliver meaningful levels of impact to the market or the business. This white paper explores examples of high-impact evolutionary innovation.

Revolutionary innovation is sexy. The concept of disruptive innovation, foretold by Clayton Christiansen, has the potential to spike growth, change human behavior, and create billionaires. Revolutionary innovators like Bill Gates, Steve Jobs, and Jeff Bezos have changed the ways we live, and built business empires in the process.

Evolutionary innovation may be less sexy and more incremental, but it’s also less expensive, less risky, and more readily adopted by end users. “Fast followers” often succeed where the original inventors don’t. The Japanese have been wizards of this style of evolutionary innovation, but now companies around the world are doing it.

A study published in the Journal of Marketing Research illustrated the success rates of Fast Followers verses “First Movers”. The survey included 500 brands in 50 categories and showed that First Movers, the first to sell a product, had a 47% failure rate. Fast Followers, those that entered the market early, but not first, failed only 8% of the time. Why do fast followers win more often?

First Movers tend to launch without fully understanding customer needs and with little awareness of the technical and market hurdles in store. Fast Followers can take time to study the customer, learning from the First Mover’s mistakes, such as product development potholes. Plus, the market has been primed by the First Mover’s products in the market.

So how do mid-sized manufacturers create high impact innovation that will stave off competition and grow their business while avoiding risks of the “bleeding edge?” How do they create innovations that are desirable and valuable without the costs of a revolution?

High-impact evolutionary innovation starts with market insight of trends, human behavior, and the user experience. The focus is on your current product. A new technology may also be in the mix, but new technologies and materials alone won’t cut it. The trick is making sure the new product has a distinctive design and an obvious, valuable improvement to users. Here are some examples of methods that work.

1. Leverage an Innovative (and Tested) Technology in a Distinctive Way

Jacobsen was the first in its category to use hybrid battery / gas engines for golf course vehicles. Hybrid engines were certainly not new—car manufacturers had used the technology for years. But Jacobsen’s application of the technology to evolve their product resulted in one of their most successful introductions ever. Jacobsen partnered with an experienced hybrid engine vendor to reduce the R+D costs and complications. The obvious benefit of a hybrid engine was reduced emissions and better fuel economy. But the electric system was better too. It was quieter, important for 5:00 am mowing past country club members’ homes. Also, the electric control system replaced hydraulics that tended to leak caustic fluids on the greens. The product’s success wasn’t just about hybrid technology. Jacobsen invested in industrial design to send the message that this was something truly new. They invested in a human factors study to improve the usability and safety of the cab—knowing that even though the drivers don’t purchase the vehicle they influence the people who do. And they did research with customers and users to gain empathy with their global market. The result is not revolutionary. But it is distinctive. In design, in overall user experience, and highly valuable since it reduces fuel costs and improves performance. 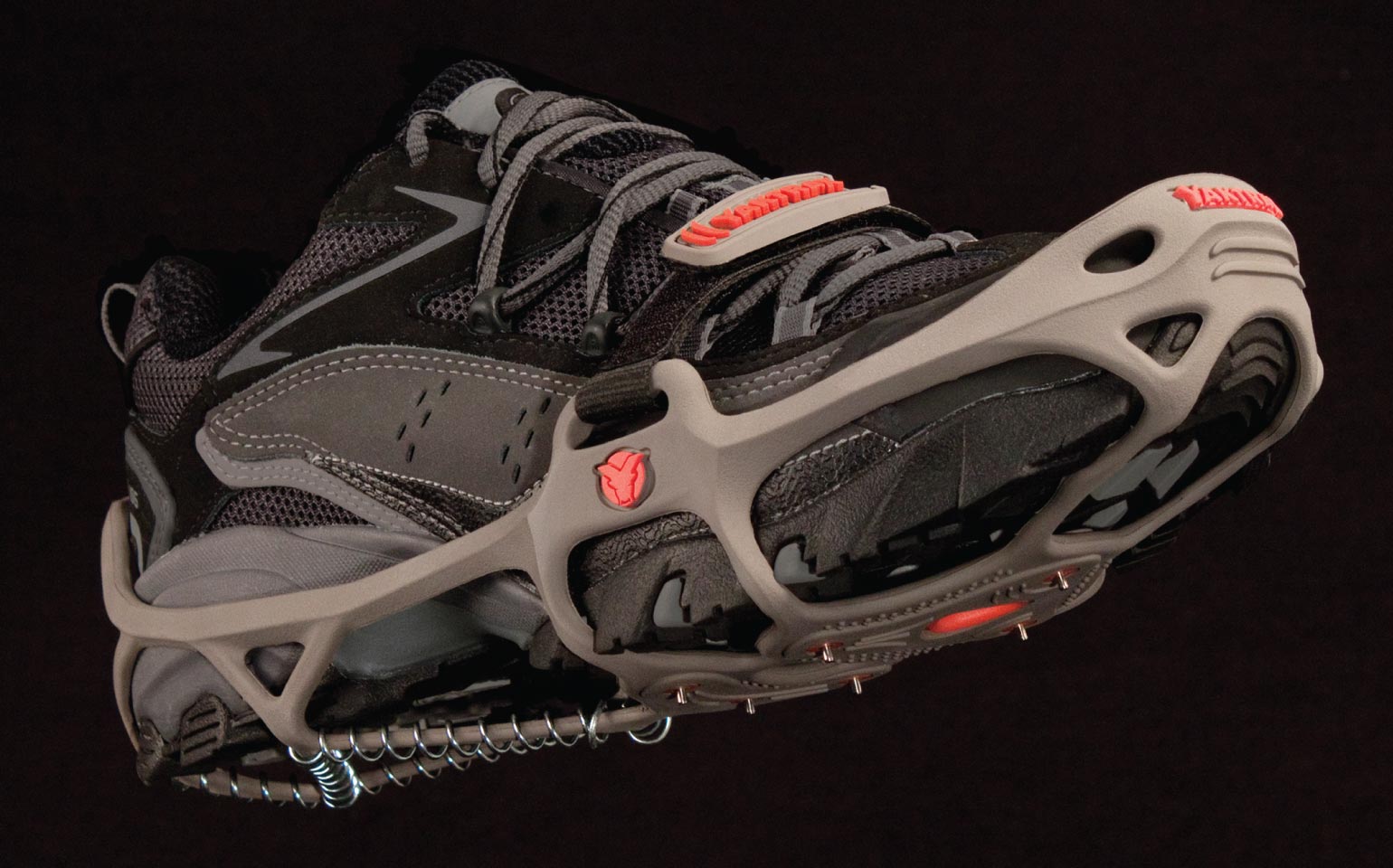 The original Yaktrax footwear traction was revolutionary. The inventor observed twine wrapped around the feet of Sherpas in the Himalayas, providing them with traction in the snow. He expanded on that insight to create Yaktrax with wire coils that cut through packed snow for everyday consumers. His invention led to a strong patent. The brand grew but competitors circled. When the patent’s expiration date loomed the manufacturer made a move. Yaktrax evolved their line into a family of even better products by investing in ethnographic research to uncover new patentable innovations. And they invested in creative design to effectively embody those innovations. Yaktrax developed distinctive, valuable, and patentable extensions for the Yaktrax line, fending off the competitors and maintaining brand dominance in the category.

3. Extend Your Technology into a New Category

ITT Defense owned the light amplification technology used by soldiers and security officers. But their business was all government and institutional. The shrinking military market drove ITT to make a bold venture into consumer products. Not a decision to be taken lightly—ITT had no experience, no distribution, and no products for such a move. Wisely they did a comprehensive market survey interviewing experts in consumer product experiences that occur in the dark. Through this research ITT chose the boating market as the first consumer category to enter with their technology. The introduction of the Night Mariner, an evolution of their military product with enhanced aesthetics and user-friendly controls, launched ITT’s new consumer products division.

4. Extend Your Brand into Relevant Sub-Categories

Hunter Fan was the leading national brand in ceiling fans. But with competitive pressure from big box house brands like Harbor Breeze, they were struggling. Rather than just introduce another ceiling fan, they extended their strong consumer brand into relevant categories. Building on the “home comfort and control” theme Hunter stepped into smart technology products that control air movement and lighting. They also reached into the contractor market with a new Twin Turbo fan for home construction professionals. Customers welcomed the Hunter brand into these categories. But not all brand extensions make sense. Make sure you research new areas to be certain consumers will believe your brand works in a proposed category.

5. Create a Mash-Up of Existing Products

Combine two separate but related products or services to create a third that provides simplicity, time-saving, safety, convenience, or better performance. Case in point: Goody, the Rubbermaid brand that manufactures handheld mirrors. After watching women search for a mirror when they needed to use tweezers, the development team created the “So You” mirror compact with pop-out tweezers. Eureka! 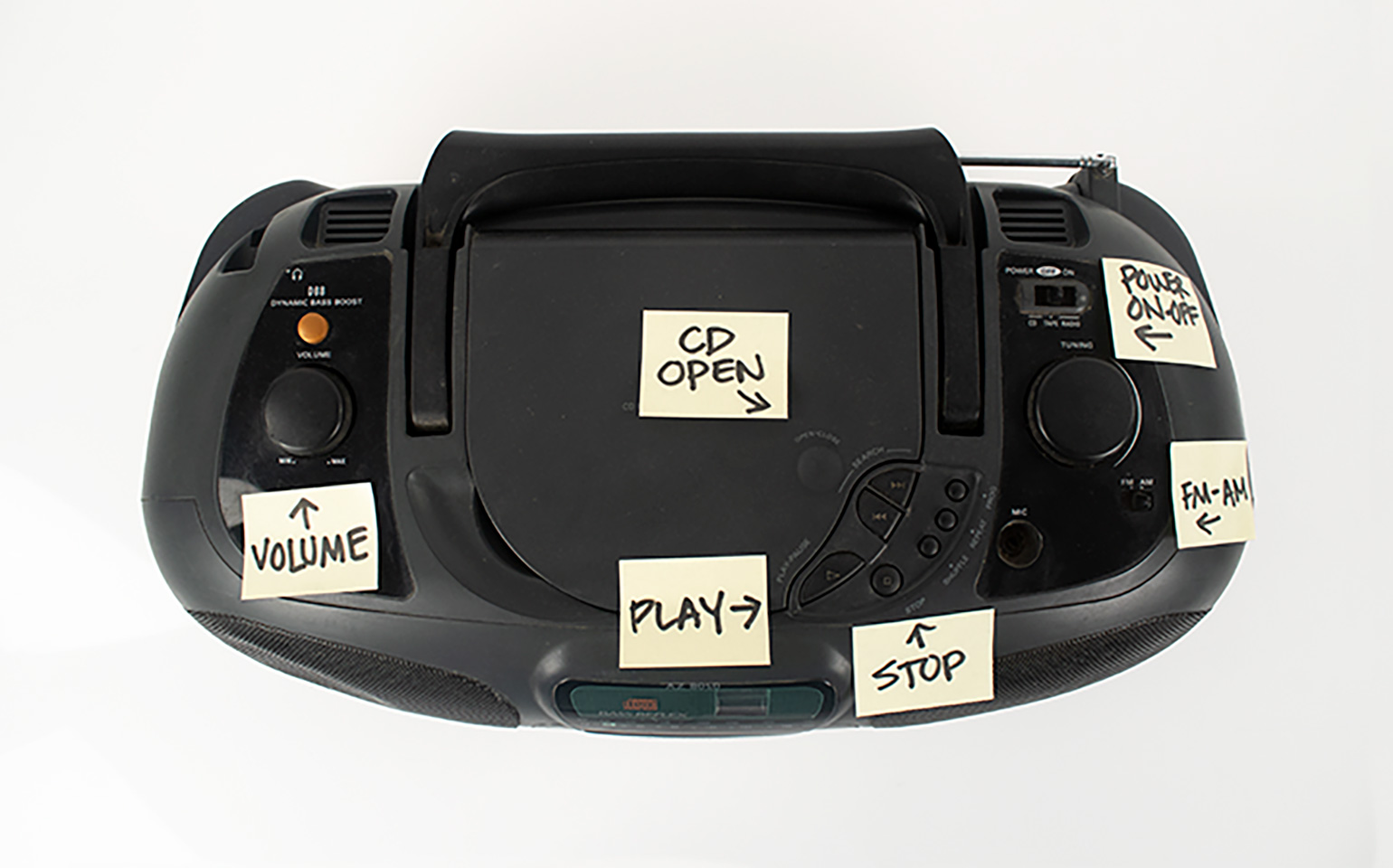 6. Evolve Your Product Base for Specific Human Needs

Redesign a product for the physical, mental, or cultural needs of a specific user segment. My mother has limited eyesight and relies on audio book CDs as a source of entertainment. However, CD players are notorious for hard-to-read controls. And downloading digital books has proven to be even more difficult for her. Here’s what my sister and I whipped up in a pinch. A high-impact evolution of this product is clearly called for!

We know that even simple changes in materials can be great for the function and appearance of a product. But more radical material changes can make us think about products in new contexts—leading us to get creative with new markets and more evolved product innovation. The use of high temperature silicone for baking has opened a floodgate of innovative kitchen products. Plastics and composites have changed the construction of cars, laminated wood beams have simplified the construction of homes, and now additive manufacturing (that’s 3D printing used for a finished product) is changing the materials we find in everyday consumer goods.

8. Find Something People Hate and Fix It

We go through life adapting to little annoyances in our physical environment without recognizing their potential for innovation. The chair is uncomfortable so we sit at an angle; the soap dish holds water so we prop the soap on its side. Designers see these problems as opportunities, and businesses can benefit from this vantage as well. For example, the Palm PDA introduced in 1996 was a revolutionary innovation and started the progression to what we now know as smartphones. Competitors tried to break into the market and failed. Finally, the Handspring came out in 1999 with an innovation that overcame just one consumer complaint about the Palm—lack of expandability. Consumers loved the Palm, but hated the fact that it could not be added to after they became adept at using it (imagine your cell phone without the ability to add apps). Handspring came out with a signature feature of an expansion slot where consumers could add new functions. Voice recorders, cameras, Bluetooth modules, mp3 players, and ultimately the VisorPhone were all added to Handspring’s expansion lineup.

Through this smart fix of a Palm shortcoming, Handspring went from $0 to $170 million in just 12 months.
High-Impact Evolutionary Innovation many times requires a new perspective—an insight to change the paradigm or an outside partner to add spice to the mix of a manufacturer’s team.

Apple’s disruptive innovation was not the iPod but the iTunes Store. iPod was the gateway, but iTunes was the game changer. The ability to acquire music—any music, anywhere, anytime—rewired our lives and drove the tremendous success of the iPod. Opening for business in 2003, the iTunes Store became the largest music vendor in the US within five years, and by 2010 had become the largest in the world.

Jobs explained it this way, “We became convinced that software was going to be the primary technology (for music)…so we developed iTunes. We’re a good hardware company, but we’re really good at software. So that led us to believe we had a chance to reinvent the music business, and we did.”

Revolutionary innovation, like iTunes, generally comes from the company founders immersed in the industry. And modest, incremental change often comes from a company’s in-house team focused on product debugging and maintenance. But High-Impact Evolutionary Innovation many times requires a new perspective—an insight to change the paradigm or an outside partner to add spice to the mix of a manufacturer’s team. The most valuable innovation in your business might just be an evolution of your current product, based on insights around the customer experience, and developed with a distinctive point of view and new way of thinking.